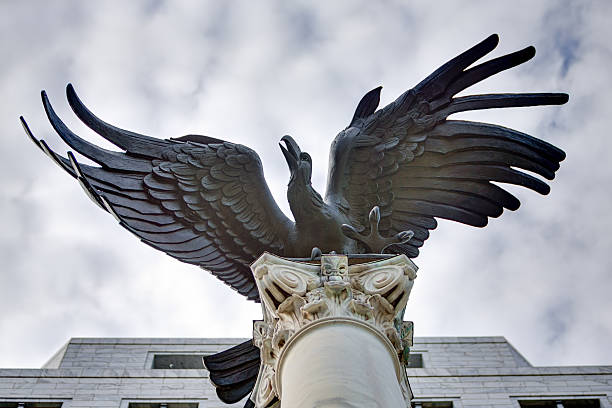 Dollar initially dipped after FOMC overnight, but quickly found its footing. Overall market reaction was positive, but insufficient to alter the near term outlook. Sterling remains the worst performing one for the week while Swiss Franc is the strongest. Both will look into BoE and SNB policy decision today. Commodity currencies are on the softer side for now, while Yen is the firmer one.

Technically, we’ll keep a close eye on Sterling pairs for today. In particular, EUR/GBP failed to break through 0.8612 resistance on the first attempt. GBP/JPY also stabilized after hitting 149.03 key support level. Meanwhile, GBP/USD lost some downside momentum after breaching 1.3601 support. We’d see if Pound sellers would come back after BoE, or the currency would rebound from current levels. 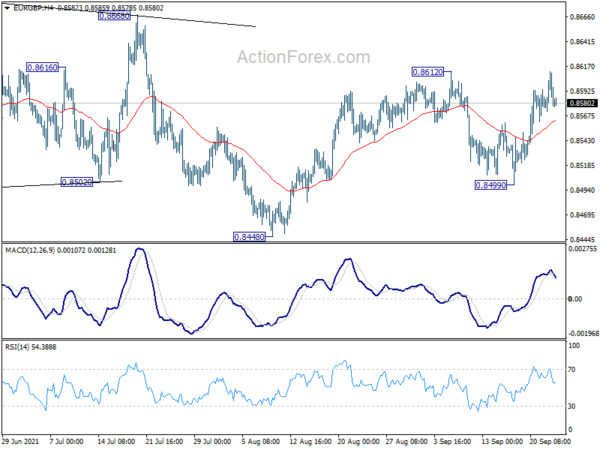 S&P 500 closed up after FOMC, but risk stays on downside

Overall response to Fed’s announcement overnight was positive, with major stock indexes closed higher. In short, Fed indicated that tapering will come “soon”. Members have also pushed forward the timing of the first rate hike. The median dot plots showed that 9 out of 18 members projected it to happen in 2022.

Jingyi Pan, Economics Associate Director at IHS Markit, said: “The extension of COVID-19 restrictions into September continued to dampen business conditions in the Australian private sector, although the slight easing of restrictions was picked up in the latest IHS Markit Flash Australia Composite PMI, seeing the overall Composite Output Index contracting at a slower rate in September. This may also be suggesting that we are looking at early signs of a turning point.

“The employment index meanwhile pointed to higher workforce levels, which was a positive sign following the decline recorded in August, driven by the severe COVID-19 disruptions. That said, price pressures intensified once again for Australian private sector firms while evidence of worsening supply constraints gathered, all of which remains a focal point for the Australian economy.”

BoE and SNB policy decisions are the major focuses in European session. BoE is is expected to keep Bank rate unchanged at 0.1% by unanimous vote. Asset purchase target will also be held at GBP 875 with 8-1 vote. The focus will indeed be on how two new MPC member would shift the hawk/dove balance. SNB is widely expected to make no change to policy, and reiterate the necessity of negative rate and readiness for currency intervention.

On the data front, Eurozone PMIs, UK PMIs, US PMIs and jobless claims, and Canada retail sales will be featured. 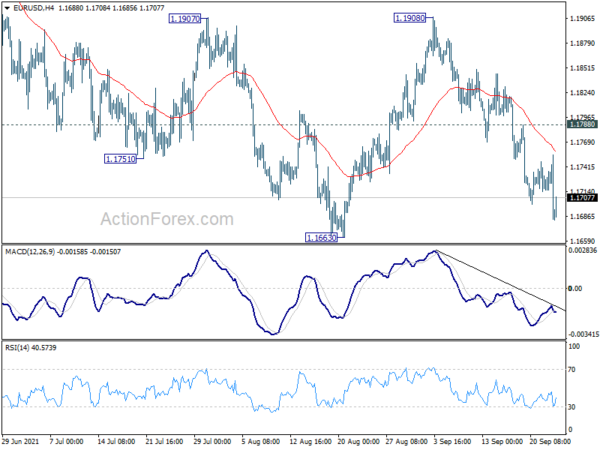 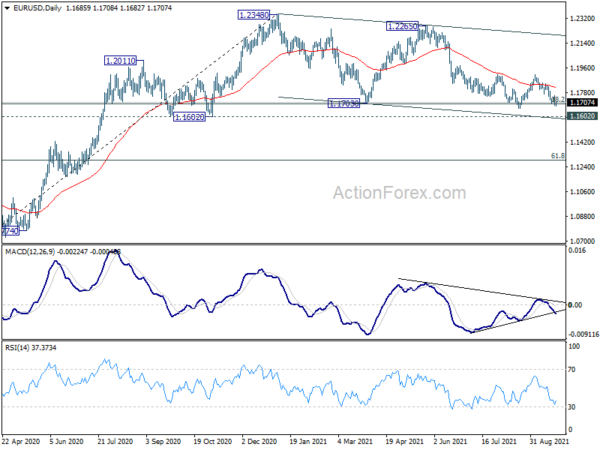