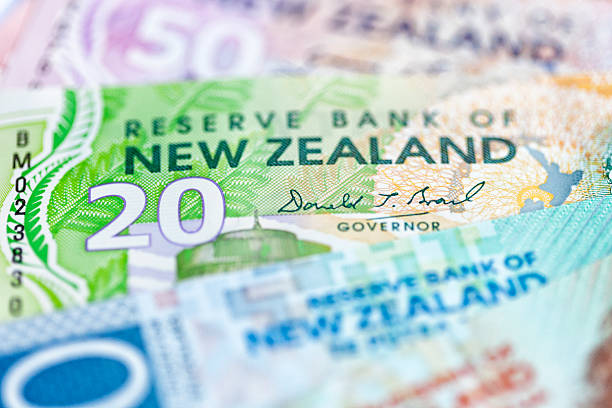 New Zealand Dollar trades mildly lower together with commodity currencies in quiet Asian session. Overall markets are mixed as Japan and Hong Kong stocks head lower, decoupling from the strong rebound in the US overnight. Dollar appears to be supported by the rise in treasury yields, with 10-year yield back above 1.5 handle. Yen is also turning softer on the development. But the moves are so far indecisive. Focus will now turn to ADP employment from the US for some inspirations.

Technically, EUR/CAD’s breached 1.4580 support argues that it’s resuming the down trend from 1.5978. Focus will firstly be on whether it could sustain below the support level and set the stage for deeper fall towards 1.4263. Secondly, we’d also keep an eye on whether USD/CAD would accelerate down through 1.2492 support (which is not happening yet). Or EUR/USD would break through 1.1561 temporary low to resume larger fall from 1.2265. 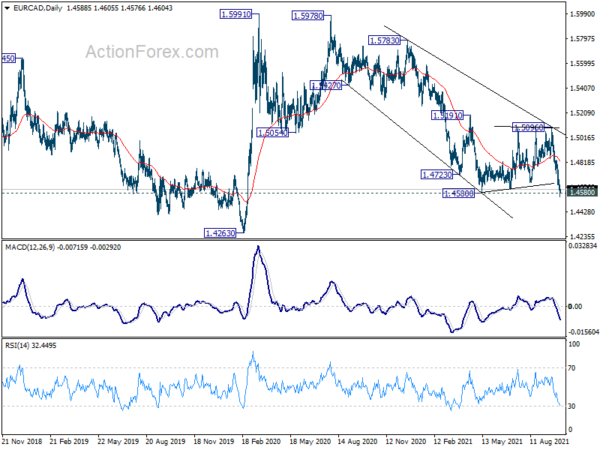 RBNZ raised the Official Cash Rate by 25bps to 0.50% as widely expected, as “it is appropriate to continue reducing the level of monetary stimulus so as to maintain low inflation and support maximum sustainable employment.” It maintains a hawkish bias and said, “further removal of monetary policy stimulus is expected over time, with future moves contingent on the medium-term outlook for inflation and employment.”

In the accompany statement, it’s noted that current COVID-19-related restrictions “have not materially changed the medium-term outlook” for inflation and employment. Capacity pressures “remain evident” and economic data highlighted that the economy “has been performing strongly in aggregate”. Headline CPI is expected to rise above 4% in the near term before returning towards 2% target midpoint over the medium term. 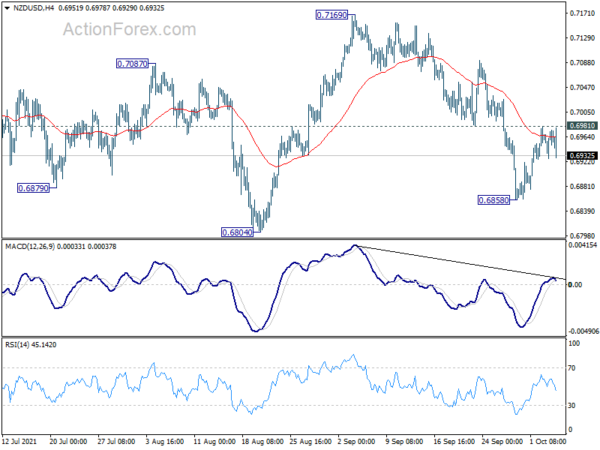 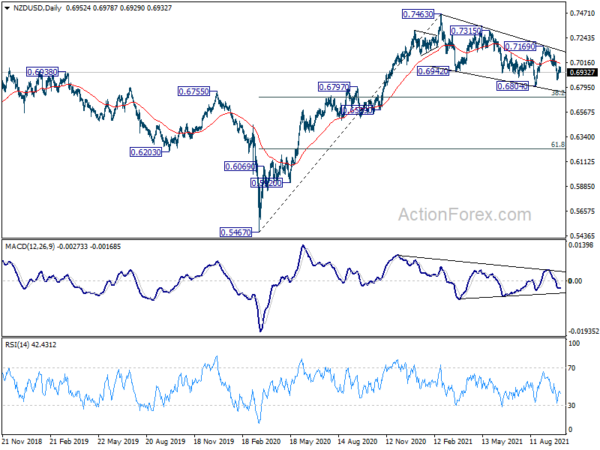 BoJ Kuroda: No pressing need for firms to raise wages and selling prices

BoJ Governor Haruhiko Kuroda said in a speech, Japan’s economy has “picked up”, led by exports and the manufacturing sector. “If Japan can simultaneously protect public health and improve consumption activities through the use of vaccination certificates, for example, the economic recovery trend is very likely to become more pronounced, even in the services sector, also supported by the materialization of pent-up demand,” he added.

On the contrasting development in CPI compared with the US, Kuroda said demand in Japan “has not recovered as rapidly as that in the U.S”. Also, “many Japanese firms have essentially maintained their labor, supply-side constraints in Japan have not been as severe as in the U.S., and there has been no pressing need for firms to raise wages and selling prices.”

Germany factory orders, UK construction PMI and Eurozone retail sales will be released in European session. US will release ADP employment later in the day. 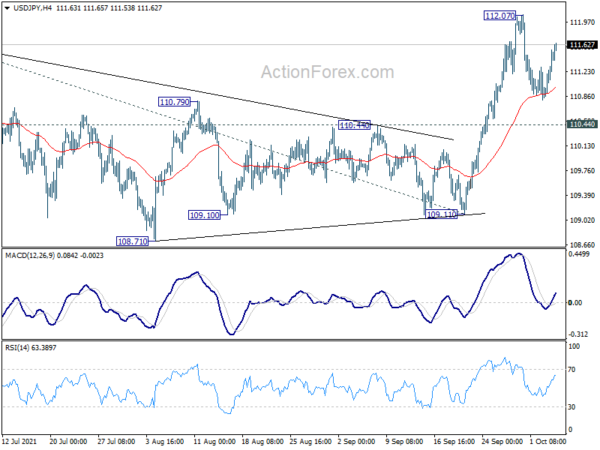 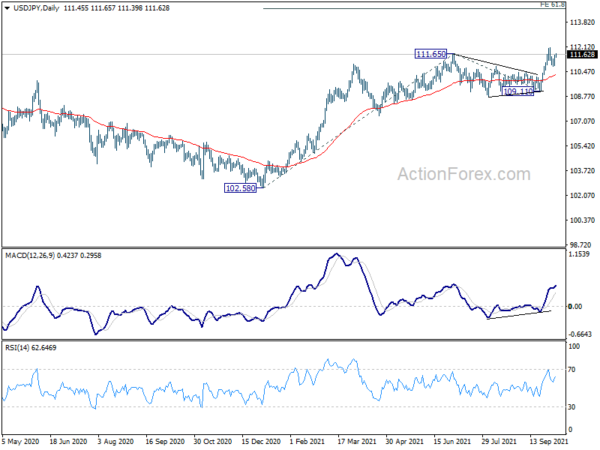