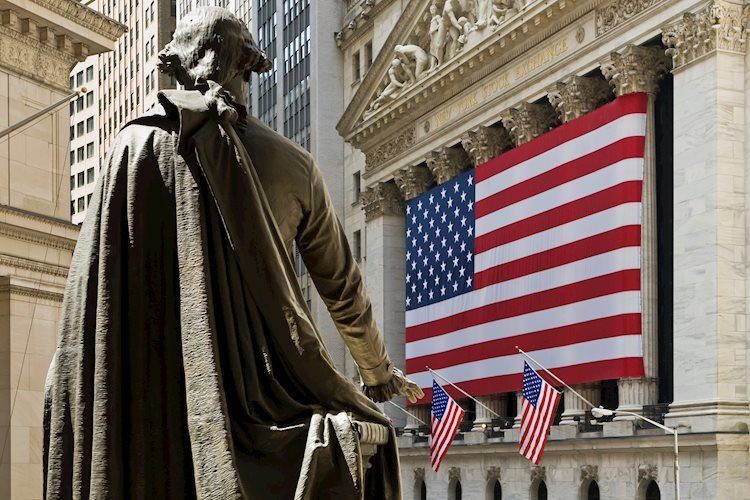 US equities finished on a higher note in the week, the best since July on the back of solid corporate earnings and a better than expected Retail Sales report. The US T-bond yields rose while the greenback fell.

Mixed US macroeconomic data could not suppress the rise of stocks

US Retail Sales surprisingly increased in September, suggesting resilient demand for goods. The headline showed an increase of 0.7% more than the 0.2% contraction foreseen by analysts. Excluding Autos, it expanded 0.8% higher than the 0.5% estimated.

As coronavirus infections increased in August and September, demand for services decreased as people shifted their spending toward goods. Increasing spending on merchandise would likely exert additional pressure on the supply chains, which have not been able to keep up with growing demand.

Further, the University of Michigan Consumer Sentiment Index fell to its lowest level since 2011. The preliminary reading fell to 71.4 from 72.8 in September, data showed. Estimations were at 73.1. Additionally, according to the report, consumers expect an inflationary reading of 4.8% over the next year.

The US Dollar Index, which tracks the greenback’s performance against a basket of six rivals, lost 0.02% and was last seen at 93.957, while the US 10-year Treasury yield rose five basis points (bps) closed at 1.574%, finishing down for the first week out of five.

In the Crypto environment, at the time of writing, Bitcoin is trading at new all-time highs, above $62,000,  on the possibility of a 90% chance that the SEC will approve a Bitcoin ETF while Ethereum is trading around $3,878.

Elon Musk alleges SBF donated over $1B to Democrats: “Where did it go?”
Gold prices inch higher on softer dollar
EUR/USD Price Analysis: Buyers maintain the pressure ahead of the weekly close
Easy Forex Trading Strategy Based On ICT Concepts! (No Daily Bias Required)
USD/CAD breaks the Friday high as oil prices give back gains