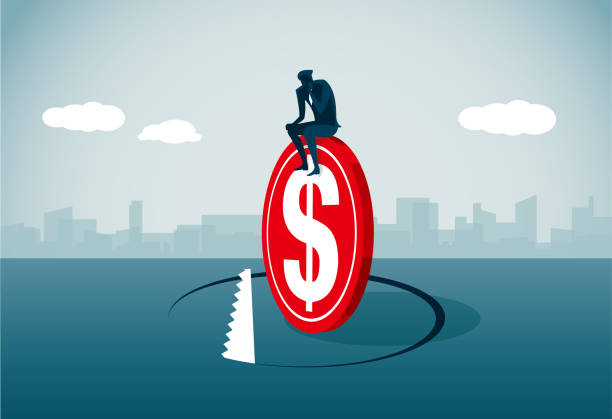 Dollar is again under some selling pressure in Asian session and looks set to resume recent decline against European majors. Yet, with trading subdued, it’s doubtful whether selloff in the greenback would sustain. Traders would more likely hold off large bets until next week’s FOMC rate decision and economic projections. As for the week, Yen is currently the worst performer, followed by Canadian and Sterling. Euro and Swiss Franc are the strongest ones, followed by Dollar. Aussie and Kiwi are mixed. 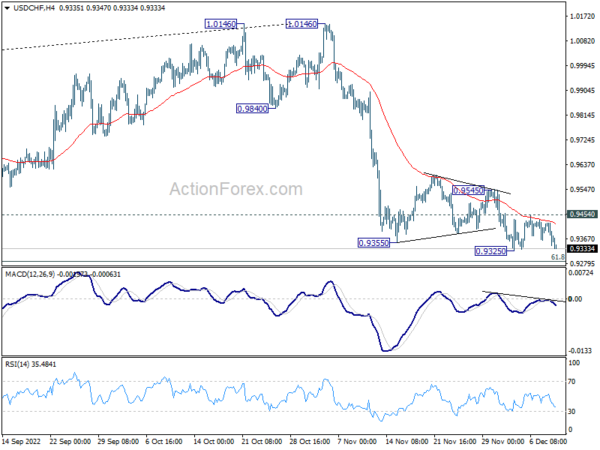 BoC Kozicki: We will be considering whether to increase rates further

“By that, we mean that we expect our decisions will be more data-dependent,” she said. “If we are surprised on the upside, we are still prepared to be forceful. But we recognize that we have raised interest rates rapidly and that their effects are working their way through the economy.”

“In November, due to the domestic epidemic, seasonal factors, and a higher base of comparison in the same period last year, CPI turned from rising to falling month on month and fell back year on year,” said chief NBS statistician Dong Lijuan.

PPI was unchanged at -1.3% yoy, above expectation of -1.5% yoy. “In November, PPI rose slightly month on month as a result of price increases in coal, oil and non-ferrous metals, and continued to fall year on year due to a high base of comparison from the same period last year,” added Dong.

Canada will release capacity utilization. US will release PPI but a bigger focus would be on U of Michigan consumer sentiment. 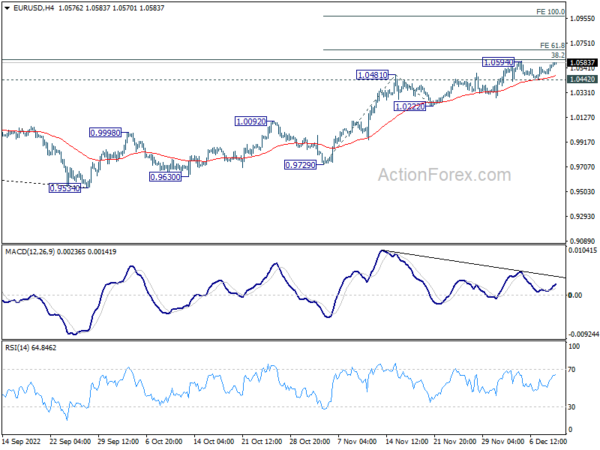 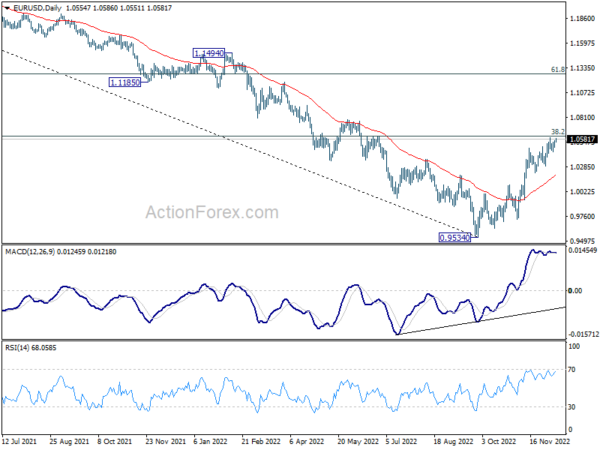